We will be offering virtual meetings as an option in place of in-home meetings to keep our employees and homeowners safe. Simply fill out a form to schedule a meeting. #StayHomeMN
Get Started Now

These Loretto, MN homeowners suffered extreme wind and storm damage to the roofs of their home, large barn, and detached garage. Many shingles were missing and upon further inspection, it was determined that the damaged shingles were also not installed correctly. The homeowners were declined coverage by their homeowner's insurance several times despite there being clear evidence of storm damage.

Our Project Manager Jeff worked diligently with both the homeowners and and the adjusters, to gain claim approval. After discovering the severe state of damage and improper installation of the previous inferior product, the team installed Owens Corning Asphalt Duration shingles in a beautiful Chateau Green. A large portion of the installation also involved hand sealing of the shingles due to the extreme pitch of the roof. In the end, the project was a success and the homeowners were impressed with the professionalism and diligence of the entire NMC team. 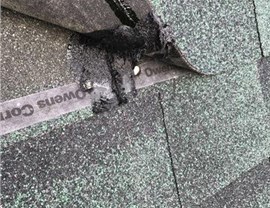 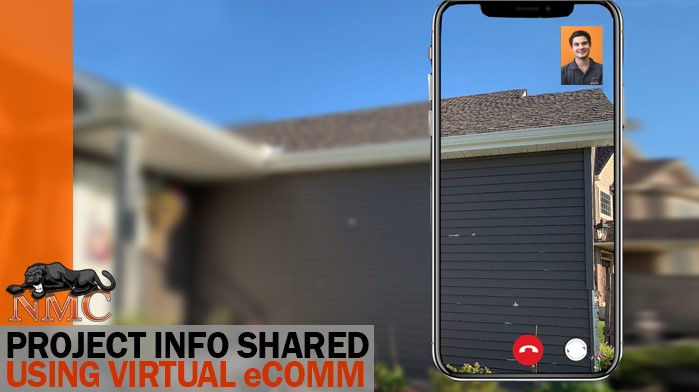 I have an Exterior Issue that needs Attention