We Are Now In Partnership With Apple Roofing!

Homeowners in Burnsville Minnesota, were struck by a severe storm August 14, 2018, but did not realize the extent of damage caused by the hail and wind, were the contributing factors to the leak in their roof that was later discovered. After contacting NMC Exteriors in March of 2019, Project Manager and insurance claims specialist, Jeff, met with the homeowners to conduct a no-cost inspection of their roof. It was determined that enough damage was sustained to the roof and wooden chimney saddle, to warrant an insurance claim. Insurance approved the statement of loss which covered a full roof replacement as well as a custom manufactured galvanized cricket, also shown in the photos.The homeowners elected to replace the damaged asphalt shingles with the Duration asphalt series shingles in the color selection of Driftwood by Owens Corning. NMC performed the replacements. 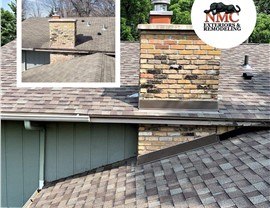 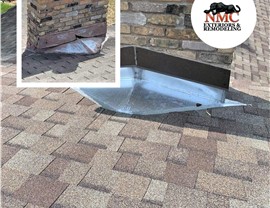 Get A Free Quote

Get A Free Quote